If women were dying in mass numbers in hospitals compared to home births–15 childbed hospital deaths for every 2 at home–wouldn’t you expect national, even international, outcry try to figure out why? I damn sure would. But that didn’t happen in Victorian England. Or anywhere else during the nineteenth century where the same phenomenon occurred over and over. But there were a few people who cared enough to dig into the subject. They discovered the cause of childbed fever (also known as puerperal fever). They figured out how to stop it. But they were ignored, even shunned, so women needlessly died in droves for decades.

I talked last week about the mysteries of maternal death in the Victorian period. How 1 out of every 200 mothers died as a result of childbirth. How women who gave birth in hospitals (often called lying-in institutions) were 7.5 times more likely to die than women who gave birth at home. How someone solved the problem in the 1820s, yet it was still a problem 50 years later.

Let me reuse a visual I created for last week’s post to hammer in the point here.

I need to say this one more time.

If the medical community had paid attention to the few people who cared to solve this problem, the number of women in dark pink/brown (what color is that, even?) would look much like the number in gray. Maternal deaths would have decreased dramatically.

Nearly 88% of all maternal deaths occurred in these institutions, despite the fact that Dublin physician Robert Collins had eradicated the major problem in 1829, and had published about it.

Despite the fact that Hungarian doctor Ignaz Semmelweis solved it again in 1847.

And yet, in 1872, their protocols weren’t being implemented. Countless women had been unnecessarily dying at epidemic levels for nearly 50 years.

Yes, it was an epidemic. Childed fever needlessly stole the lives of untold numbers of women for much of the 19th century. It wouldn’t have counted as an epidemic during the early days of epidemiology because it is not a communicable disease. But it would count now that the definition has been expanded to include, according the the CDC, “non-communicable infectious diseases.”

Generally, to be considered an epidemic, the disease must occur in more than 15 per 100,000 people for a minimum of 2 weeks.

So why was this not an international health emergency?

I would posit a few reasons.

So what did Victorians know about germ theory and epidemiology?

Germ theory was still developing for most of the Victorian period, and most doctors didn’t buy into it. It’s precursor, the idea of contagion through touch, was also relatively unpopular. Medical professionals mostly believed that diseases were transmitted in 1 of 3 ways.

The ideas of infection spreading through water, airborne virus (virus wasn’t even a concept yet), or touch were not accepted.

And what did this mean for women during childbirth?

Imagine living in a world where no one knew that diseases could be transferred by close proximity or touch.

Let’s get really graphic for a minute. Let’s imagine a fake scenario that would never happen at present. But it did happen, over and over and over again, in the nineteenth century..

You’re poor. You’re in labor, and you’ve elected to deliver in a hospital because they’ll give you supplies to help care for the baby that you can’t otherwise afford. You walk through the streets to deliver; streets where yellow brick buildings have turned black because of soot emitted by new industrial factories. Your doctor walked those same streets, breathing that same air. Not only does he not know to wash his hands when he comes in your room; he also has a cold. He sneezes and coughs, perhaps into his hands that have already been in the soot-filled air. Then, he checks your cervix. He decides it’s time for you to start pushing. He kneels down, maybe using forceps contaminated by his sneeze or his soot. While you’re pushing/he’s pulling the baby out, maybe he coughs or sneezes again.

For Victorians, this wasn’t a concern, and yet, it should’ve been the biggest concern. There was no concept that disease could be transmitted from person to person, by touch, by air particle, at all.

And this is the attractive scenario for getting puerperal fever.

So what exactly is puerperal fever?

Basically, it’s an infection of a reproductive organ. Your cervix or uterus would be exposed directly to bacteria during labor, which would cause infection, leading to abscess, internal bleeding, sepsis, you name it. It came on rapidly and women went downhill very quickly. Doctors often described these deathbed scenes as ones that were burned into their memories forever.

And what exactly caused it?

Notice I’m not using images in this section. Trust me, your imagination is more than enough. My example of a doctor having a cold is appropriate, but it’s sort of the least disgusting way that women’s bodies were contaminated.

Since there was no concept of contagion through touch, or even of the existence of germs or bacteria, doctors would come from attending to sick patients, performing surgeries, and even performing autopsies to deliver your baby. No stopovers. No putting on gloves. No washing of the hands. They might even use the same equipment during your labor that they’d just used in surgery.

In the hospital where Ignaz Semmelweis did his research, the excessively high numbers of women who died from puerperal fever came from one cause: cadavers. You heard me: dead body parts. Read on, friend.

This is disgusting. It seems so obvious. How could they let this happen?

Robert Collins figured it out in 1829. That year, convinced that childbed fever was a result of unsanitary medical practices, he closed the hospital that he led and did a massive cleaning.

He filled each room with chlorine gas for 48 hours. Then, he repainted the woodwork and, most importantly, washed every inch of the hospital with chlorinated lime. Linens were scoured, then washed at high temperatures. When he reopened the hospital, he segregated sick patients from labor and delivery ones.

From 1829 time until he lost charge of the Rotunda Hospital in Dublin in 1833, the hospital did not lose a single patient to childbed fever.

And Yet, Women Continued to Die

They died from childbirth elsewhere, but also at the Rotunda Hospital once Robert Collins was no longer in charge. Many physicians ignored Collins’s findings, either due to disbelief in germ theory, or to the difficulty and expense of implementing Collins’s sanitation practices.

Later, in Hungary, Ignaz Semmelweiz made a similar discovery, supposedly influenced by Collins’s work. For Semmelweiz, there were two lying-in hospitals near one another, and women were dying of childbed fever far more in one than the other.

The only difference he could find between the two clinics: the one with more deaths conducted autopsies; the other didn’t. He implemented a protocol that required doctors and midwives to wash their hands in chlorinated lime–just like Collins used–and the deaths drastically decreased. I won’t tell you Semmelweiz’s story because it’s already been told so well. Listen to The Constant Podcast’s episode “The Reflex” one day when you’re in the car for 25 minutes. It’s fascinating, and tells the impressive story of the downfall of a man who tried to promote the discovery of the century, and ended up being destroyed by it.

But enough about Semmelweiz; there’s a podcast for that.

Women just kept dying. Because no one believed in germs?

My answer is very simple: not really.

You see, there was a Cholera outbreak in Soho (London) in 1854, John Snow conducted empirical research that led to mass and lasting change. Change in waste management and water treatment. Change in public health practices. Change that led Snow to be considered the Father of Modern Epidemiology.

Note: Check out national bestseller The Ghost Map for a riveting history of how Snow solved the Cholera mystery.

I’m inclined to claim that the long-lasting puerperal fever epidemic could be blamed partly on a misunderstanding of germs and contagion, and partly on a lack of interest in protecting the lives of poor people. But Snow’s work calls those theories into question.

Soho had been a hub for the wealthy for much of the 18th century, but by the mid-19th century, it was better known for its prostitutes, music halls, and working-class families who had recently migrated into the city for industrial work. Yet Snow went to the effort to solve the problem (much like Collins and Semmelweis), and yet when he published his research, people listened.

If they cared enough about poor bodies to solve the cholera outbreak, then why not the much longer-lasting childbed fever one?

Again, I posit a few reasons.

Snow’s evidence was rock solid, his maps legible and easy to comprehend. Data visualizations are easier to grasp than raw data. That made Snow’s evidence harder to ignore than Collins’s, Semmelweis’s, and even Nightingale’s (though hers did get attention, in part because it was published after Snow’s theories about epidemiology had become more accepted.) Collins and Semmelweis used graphs and charts and statisticsc; Snow used a map.

But here’s the reason I think is actually the most true:

The medical community was made up mostly of men. Cultural notions believed that men were logical and women were emotional. Most female maladies (most notably “hysteria,” which hasn’t been a diagnosis for a very long time) were simply considered products of the mind.

Basically, the Victorians had a similar understanding of “psychosomatic” illness as ours, but with 2 key differences.

But in the Victorian period, when men got sick they were sick. When women got sick, they merely “thought” they were sick. The complaints of a woman with puerperal fever may well have been met with scorn. If taken seriously, it’d have been treated with a method like bleeding the body to release the contaminated blood, a deadly “cure” for someone who may already have internal bleeding.

The Epidemic of the Century?

In the title of Snow’s book, he calls the cholera outbreak “London’s most terrifying epidemic.” But as a Victorian woman, I’d have spent far more time in my life actively worrying about childbirth. Based on numbers, which are truly beyond countable based on sloppy record-keeping, I’d go so far as to call childbed fever the epidemic of the century. Not just in London, but across Europe, and possibly across the world.

The thing is, the cholera outbreaks were terrifying, but they were short-lived. The puerperal fever epidemic lasted 50 years.

50 years of women’s bodies being neglected because of medical men’s egos.

50 years of the majority of the medical community refusing to believe they were causing an epidemic in the first place.

With maternal mortality rates rising in the US, especially among rural and black women, I sure hope we don’t idly let the problem continue for 50 more years.

Katy Huie Harrison, PhD, is an author, toddler mom, and owner of Undefining Motherhood. She lives in Atlanta with her husband (affectionately known on the internet as “Husband,”) son (Jack), and dog (Charlotte). She believes our society has historically placed too many expectations on women, defining womanhood and motherhood in a way that is restrictive. Her goal is to shift the paradigm about what it means to be a woman and mother, giving all women a greater sense of agency over their own lives. You can find Katy and her work featured in places like CNN’s Headline News, Scary Mommy, Motherhood and Social Exclusion, and various other podcasts and websites. 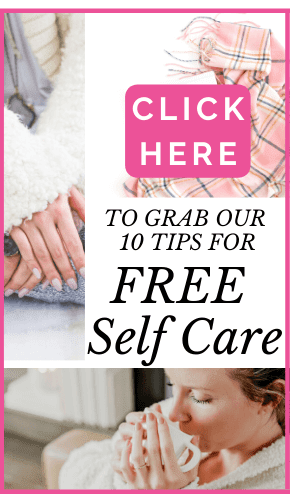