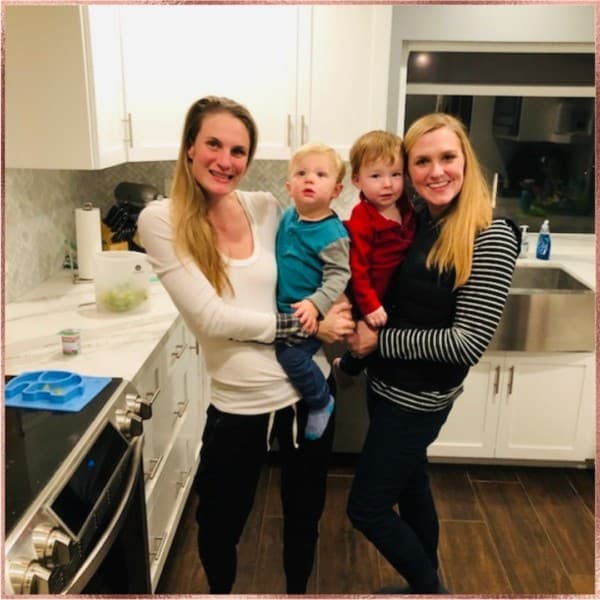 Comparing and contrasting are things we’re taught from an early age.

I vividly remember reading this book in 1st grade, and honestly, comparison started much earlier. From basically the day we’re born, people are showing us how things are similar and how they are different.

What I can’t quite figure out is when, at least for me, that comparison turned into judgment

have no opinion about any of Dr. Seuss’s fish over another. They’re different colors, but in this instance, that gives no hierarchy in my brain.

So why is it that, at some point in life, the red fish may feel insecure because blue fish are considered prettier? At what point do the green fish start being teased because they’re aren’t a primary color?

At some point, comparisons develop deeper meaning. As Rebecca Webber points out in Psychology Today, “Measuring the self against others is a modus operandi of the human mind, and in some ways, it can be helpful. The inspiration you feel about someone else’s achievements can rev up the motivation to improve your own life. The recognition that your abilities are a notch above someone else’s can deliver a boost to your self-esteem. But comparisons can be harmful when they leave you feeling chronically inferior or depressed.”

Clearly, my concern here is with something much larger than just comparing our children.

I say “etc.” at the end of both previous sentences very intentionally. In this instance, “etc.” does not mean, I’m sure there are other things I could include in this list, but I don’t want to take the time to think about them. Rather, it means, the number of ways in which we compare ourselves are endless, and I know of no better way to represent that boundlessness.

But writing about that would take a book, 2 books, a lifetime. Here, I have a single blog post, so I’m going to narrow.

First, I’m concerned about the ways in which we devalue ourselves and others through comparison.

According to social comparison theory, Webber explains, “Our comparison-targets, as researchers refer to them, tend to be those we most closely identify with as well as those within our personal orbit.” She further highlights a seemingly obvious, but I think essentially important point.

The comparisons that most impact our opinions of ourselves and others are those in the areas in which we place the most value. For me, those areas are intelligence, writing ability, career success, and relationships–with my husband, friends, family, children, and the world around me (both local and distant).

Second, I’m concerned about the ways in which we compare our children. By weighing them against each other, we place enormous pressure on them while also unconsciously devaluing our own parenting.

As I think through the process of comparison and how it impacts us, I’m going to focus specifically on childhood milestones. Why? 2 reasons, really.

Let me tell you about our recent trip to San Diego.

We took this trip the week after Christmas to visit my college roommate, who just happens to have a darling boy, Bryce, Bryce is only 2 months younger than Jack. We were a mere 1 month apart gestationally, but Jack came 3 weeks early, and Bryce made his appearance 1 week late.

Before this visit, I was so excited for Jack to meet his new friend. I was elated about the idea of spending nearly a week with my former roomie and her awesome husband.

I only had one concern about the trip–not the 5-hour flight with a toddler, not adjusting him to the time change, not traveling during the holidays or the fact that my whole family was sick the week leading up to the trip.

I was concerned about how much I’d be bothered to see Bryce, younger than Jack, not taking a bottle when Jack still insists on having one.

The good news is, it didn’t really bother me at all, likely because I was mentally prepared for it. But that didn’t stop me from making every other comparison in the book.

Jack talks more in general, in full sentences of babble in which no words are clearly discernible other than the occasional “Daddy.” He’s on target for his age with words–he has the ability to say more words than his pediatrician expected. He doesn’t have a problem.

But Bryce has a greater variety of words, and he’s younger. His words are clearer and more often in context. The first time he pointed to the sky and said, “Eh-pane!” I had no question about the fact that he had just pointed to (actually a helicopter) and said, “airplane.” As clear as day.

Jack had been on an airplane just the day before, but he has no idea what that word means.

So my mommy brain starts spinning: Why does Bryce say more words than Jack? Is it because he’s in daycare and hears more? Do his parents work with him more than we do? Should I worry that Jack is going to fall behind in his speech? Is he already? Is his babble a sign of pronunciation struggles?

And on and on.

(Side note: I probably worry about this more than most people because I had 2 speech impediments as a child. Regardless, these are the types of comparisons parents make all the time.)

Jack is calmer than Bryce.

Bryce acts like a mobile little toddler. He doesn’t like to sit still, wanting to run around everywhere he goes. He has a clear sense of “mine” vs “yours,” a concept Jack has no grasp on yet. When they were together, Bryce ran the show, and Jack (always the serious and contemplative one) sat back and watched, engaging when he chose.

Bryce isn’t wild; he’s actually well behaved and incredibly sweet. But he’s so wild compared to Jack. Why is Jack so serious? Bryce is just acting like a normal kid, so that must mean Jack isn’t normal. He’s more reserved, quieter, questioning everything around him.

Here’s the point I really want to make. When I was asked to talk about how we can cope with comparing milestones, I thought I was the worst person to write that piece because it’s clearly a weakness of mine.

But you know what? Maybe that makes me the best person to write about it.

Because writing gives me distance, the chance to step outside of myself and evaluate situations I normally just react to. Writing, in this case, is active, not reactive.

So after some contemplation, here’s my advice, a quick, go-to list to help myself (and hopefully you) cope with the milestone comparisons.

Questions to Ask Yourself

When you’re not pleased with how you’re reacting to something, stepping back and watching yourself can allow you room to think. If you find yourself comparing your child to another, these questions are helpful.

Is there any action I can take that would help my child achieve this milestone?

Here are my responses for the above scenarios:

Being More Serious and Less Assertive than Some Kids? No!

I mean, there are things I could do, like teach him that it’s not okay for someone to take a toy away, but I believe that would do more harm than good. Which leads me to the next question.

Will this action be more beneficial or detrimental to my child?

I don’t want to choose actions that will overwork him or stress him out. We’re not going to start working on a daily flashcard routine. He’s a toddler; we’ll play with flashcards sometimes, and we won’t others. He doesn’t need a curriculum yet.

Will this action do more to help or hurt my family?

That is, does it require extra time or financial commitment? How much of such commitments can we make? Is the benefit worth the cost?

What do I do when there’s no effective action to take?

Leave it alone. That doesn’t mean you’ll never think about it or notice it again, but by channeling your energy into action that is effective, you’ll think less and less about the things that aren’t.

Further, by stepping back from the situation and thinking through these questions, you prioritize your concerns, which helps your brain organize a hierarchy of what it should make you think about.

This process also helps you forget about unnecessary concerns. I know, for instance, that Jack is on track with his speech. Bryce is advanced, and that’s awesome, but by thinking through the ways I can help Jack with speech, I’m reminded of what he can already do. I’m also less worried because I have productive solutions in place in case he does fall behind.

But let’s be honest, there’s a key takeaway here that has absolutely nothing to do with our littles.

When we compare milestones, it’s largely about us as parents. Yes, we want the best for our children and worry if something indicates they might not excel. But we also know that all children are different, all humans are different, and at least in my scenarios, there is no big cause for concern.

Here’s the truth: my concern is with myself and my parenting choices.

Am I doing less, or worse, and is that what’s making the difference? While I truly believe the answer is no, I think it’s key that we remember this root cause of worry.

I need to write this down and tape it to my bathroom mirror. When I compare Jack’s accomplishments to other children’s, I’m actually comparing myself to other mothers’. It’s not a judgment of Jack’s ability; it’s me questioning my parenting style and choices.

The good news is, I have 34 years of experience coping with comparing myself to others. That’s much easier to handle that comparing my baby.

What comparisons do you find yourself making between your child and other kids? What has helped you along your journey of self-comparison?

One thought on “What Happens When We Compare Our Children?” 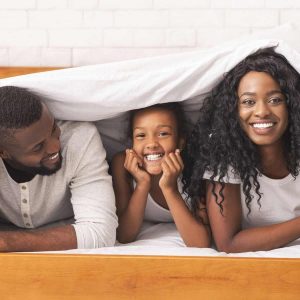 Stay at Home Kid Activities to Get You Through COVID-19 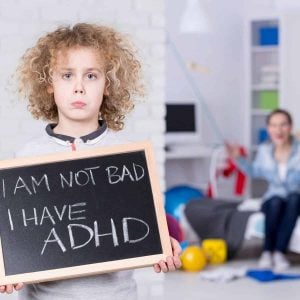 I’m THAT Kid’s Mom. Here’s What I Wish You Knew. 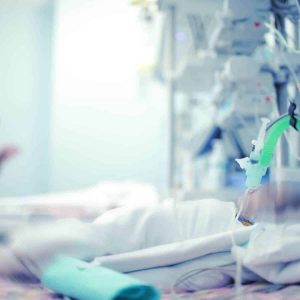 6 Tips for NICU Parents from a NICU Mama 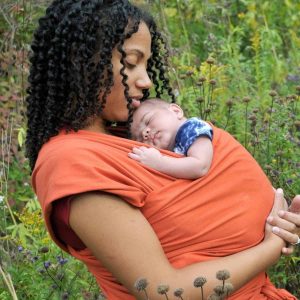 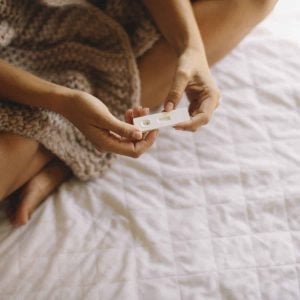 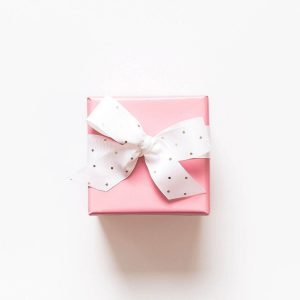 What To Buy a New Mom for Herself, Not for the Baby 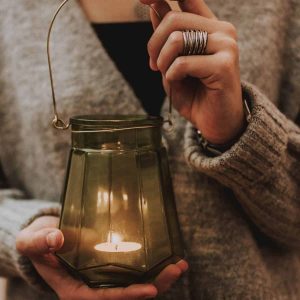 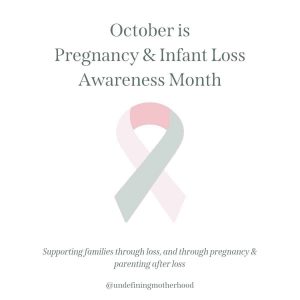