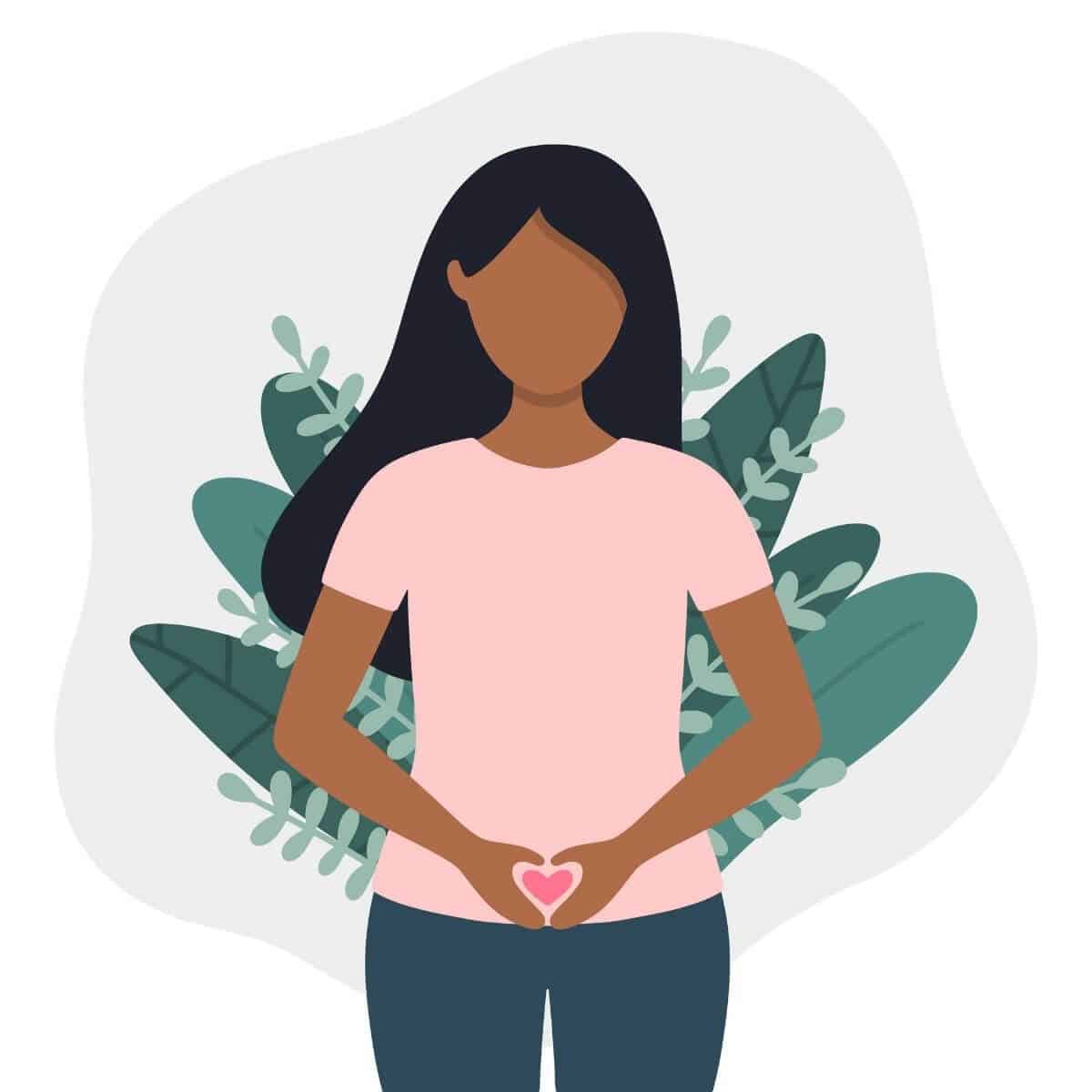 For women hoping to start a family, scanning our bodies for success signs is a normal part of the process. It’s no wonder, then, that so many of us find ourselves scouring the internet for search results on things like “2 weeks pregnancy symptoms” and “2 weeks pregnant belly.”

Unfortunately, however, the second week of pregnancy is often misunderstood among the fertility tracking community.

To put it plainly (and also confusingly,) you’re not actually pregnant when you’re two weeks pregnant.

I know, I know, the idea of not being pregnant during the so-called “second week of pregnancy” comes with an almost comical level of uncertainty.

Thankfully, our team and our incredible community of moms and experts are here to help clear things up a bit for you!

You Mean I’m Not Actually Pregnant at Two Weeks Pregnant?

Like most of us, I always believed in the mythical “9 months of pregnancy.” Hence my confusion when I found out that “full-term” was 40 weeks.

Now, I don’t claim to be an expert mathematician!

My basic understanding of math would have me believe, in fact, that 40/4= 10.

Here’s the thing about a woman’s gestational period – the countdown begins before conception ever occurs. It includes the vital processes taking place in the weeks leading up to ovulation.

While I wholeheartedly believed the “powers that be” simply concocted this nine-month myth to soften the blow of pregnancy and make it seem like it didn’t last as long, the reality of the situation is much less ridiculous.

Everything that occurs during those weeks before ovulation is integral when trying to figure out how to help implantation and maintain a viable pregnancy.

Are you still confused? No worries, we’ve got everything you need to know about what the second week of pregnancy actually entails.

What’s Really Happening During the Second Week of Pregnancy?

In fact, if you were to have sex at the end of week 2, there’s a good chance you might conceive.

During week 2, your body will begin producing the conception and pregnancy hormones that will help promote successful implantation. Two of the main hormones needed to ensure a viable pregnancy include estrogen and progesterone.

These hormones help promote uterine health and provide stable conditions that assist with implantation and development.

During the second week of pregnancy, your body will also begin producing luteinizing hormones. This pituitary hormone enhances egg maturity and triggers the release of eggs from your ovaries.

Weeks one and two of pregnancy lead to the two-week wait.

This is the two-week period before your next period is due. If conception has been successful at the end of week two/beginning of week three, your baby will begin the first stages of early development.

Will an Ultrasound Show Anything if You’re Only 2 Weeks Pregnant?

At 2 weeks pregnant, ultrasound technology is not going to show anything baby-like inside your uterus.

While you might be searching for hints of a 2 weeks pregnant belly bump so you can start calculating your due date, the most you can hope to find at this point will be a food baby–sorry!

This doesn’t mean, however, that an ultrasound can’t be helpful at this stage of your pregnancy, especially if you’re undergoing female infertility treatment, such as an IUI or IVF cycle.

From using donor eggs to overcoming PCOS infertility, many healthcare practitioners will utilize transvaginal ultrasound technology to determine the condition of your uterus and endometrial lining, in preparation for a hopeful embryo transfer.

Can You Have 2 Weeks “Pregnancy Symptoms?”

More than likely, you’re not going to be experiencing things like morning sickness or other weird early pregnancy symptoms during week two, but there’s still a chance you could feel something.

Just as the first few months of pregnancy come with a versatile collection of sensations, feelings, and side effects, so does ovulation. For example, when you’re 2 weeks pregnant, belly pain from your ovaries releasing eggs can occur. You might also notice things like bloating and mood swings.

Many women even use some of these symptoms as ways to track ovulation, such as:

Tracking ovulation with a calendar or ovulation tracker app is also a popular way of determining what’s going on inside your body.

Belly Pain and Other Symptoms During Early Pregnancy

As someone who used IVF to get pregnant with both of my daughters, I became an expert scanning my body for any new aches, pains, or strange sensations when I knew pregnancy was a possibility.

Once you’ve passed your second week of pregnancy, there’s a good chance you’ll find yourself doing the same thing!

If you’re wondering what happens after ovulation and whether “doing the deed” got the job done “right,” be on the lookout for these unusual early pregnancy signs:

While these are some of the most common signs of pregnancy, there are other indicators you might have to deal with, such as bleeding gums, sore boobs, lightheadedness, and mood swings.

Ahh, the joys of pregnancy.

Understanding the Ins and Outs of the Second Week of Pregnancy

By the time you discover you’re pregnant, you’ll more than likely have already passed the second week of pregnancy.

If, you’re at the beginning of your conception journey, bear in mind that week 2 is just the time when your body prepares for ovulation, so it’s a good idea to start taking that prenatal vitamin with folic acid and taking advantage of your increased sex drive!

Whether you’re dealing with 2 weeks pregnancy symptoms, like discharge and belly pain, remember that everything happening during this period is beneficial to the overall goal.

If you’re hoping to start a family, week 2 is a vital part of the process!

What about you…did you realize that the second week of pregnancy actually occurs before conception takes place? 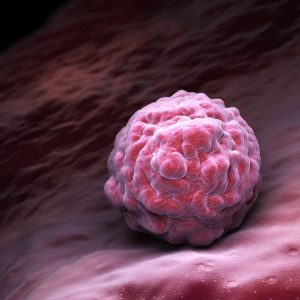 Fact vs. Fiction: How to Help Implantation 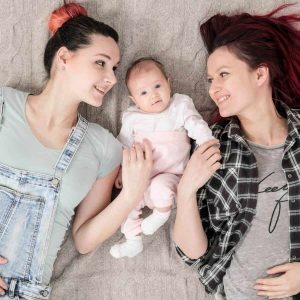 What You Need to Know about Home Insemination 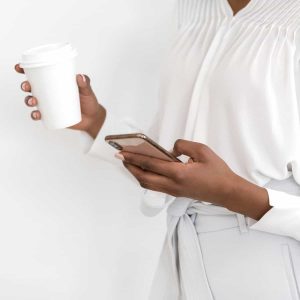 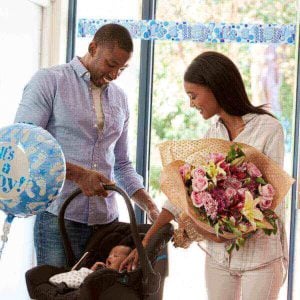 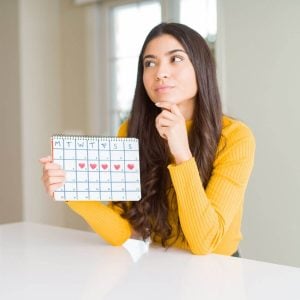 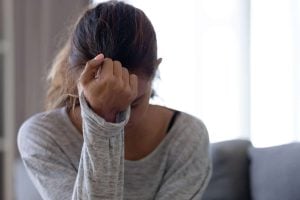