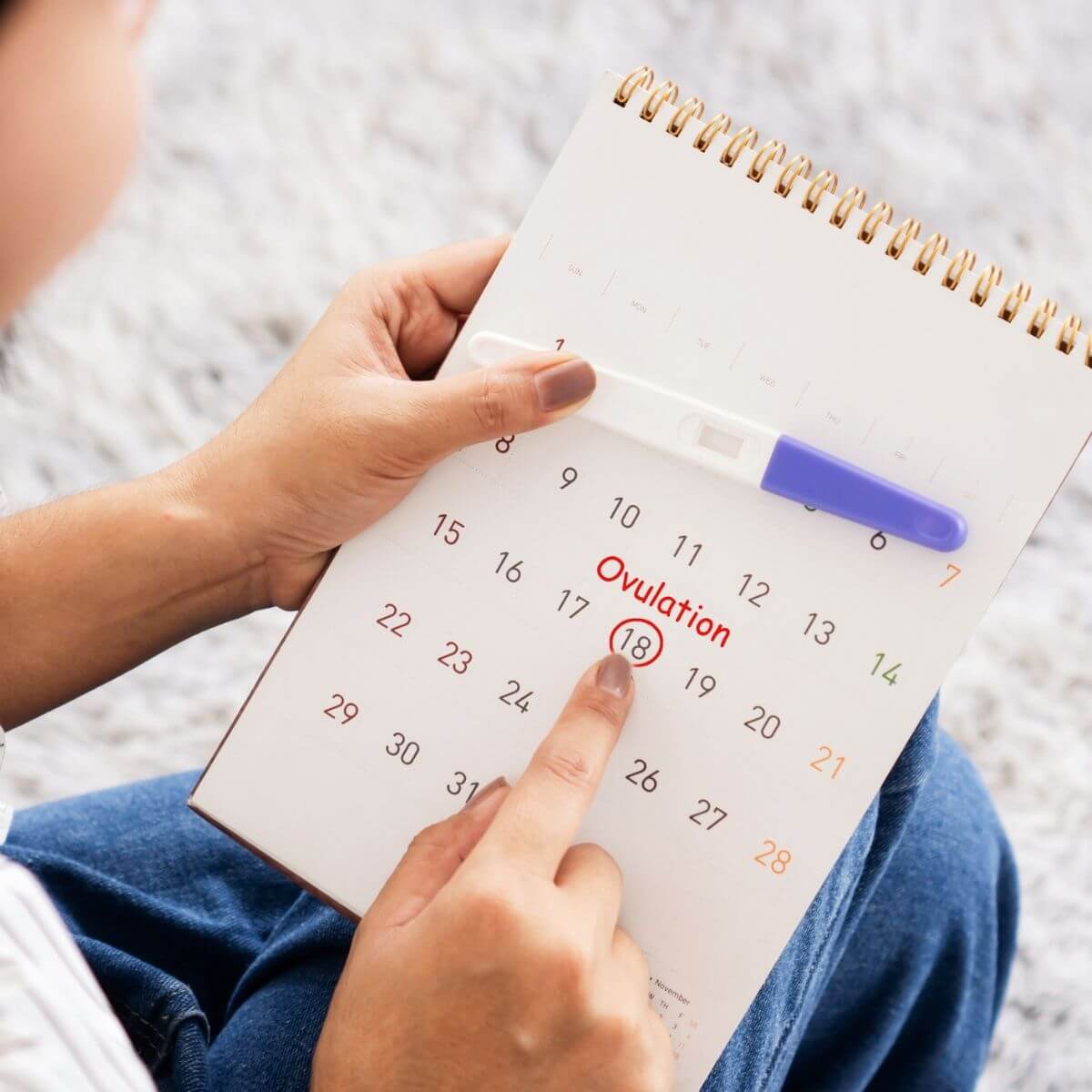 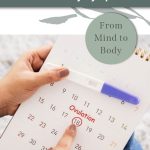 Walk into any sex education classroom, and you’re bound to leave feeling as though the only trick to getting pregnant is an unprotected roll in the hay. But most adults quickly discover that there’s more than just an absence of condoms and birth control to contend with when trying to conceive (TTC).

Ovulation day symptoms, for example, are an integral part of the conception process.

Sex ed likely taught you that having lots of sex is a sure-fire way to conceive. But even if you’re doing it like rabbits, a baby won’t happen if you’re not doing the deed at the right time.

Because you’ll only conceive when you’re actually ovulating! We’re here to break down this fertility tracking process and help you figure out those all-important signs your body is trying to tell you (that sex ed didn’t teach you!).

What Happens to Your Body During Ovulation?

While you might be familiar with the ins and outs of your menstrual phase, there’s a good chance you don’t know what happens to your body during ovulation.

What’s important to remember, though, is that sperm can survive inside your body for up to three days. That means you are actually most fertile in the days leading up to ovulation.

If your egg doesn’t become fertilized during this period, it’s shed along with your endometrial lining during your period.

Why is Fertility Tracking Important?

Based on the info above, you can see that you can only get pregnant a few days every month. Whether you have sex two times or thirty, if you’re not doing it on the right days and at the right time, your “efforts” (while probably fun) will be useless.

By figuring out the best ways to track ovulation, you can pinpoint the precise moments when you’re most likely to conceive each month.

Should You Be Using an Ovulation Tracker App or Natural Fertility Trackers?

As you begin preparing for pregnancy and searching for tips to conceive, there’s a strong possibility you’ll come across suggestions for tracking your most fertile days of the month.

If you’re interested in this option, though, you’re probably confused about which tracking technique is right for you.

One of the most popular choices is ovulation tracker apps. You can use these directly from your phone. They utilize your period start and end dates, along with information about various physical symptoms to estimate your likely ovulation date.

Keep in mind, though, what happens to your body during ovulation might not be precisely the same as what’s going on with someone else. If you suffer from conditions like irregular periods or PCOS infertility, you may not ovulate on a routine basis.

These ovulation apps aren’t always the best option in situations like these.

If you’re concerned about the reliability of technology, some people find ovulation test strips to be a trustworthy alternative.

There are also natural fertility trackers you can try. These include:

Can You Get Pregnant 3 Days After Ovulation?

Everyone always wants to know how much leeway there is with conception and ovulation. It’s not uncommon to hear people within our community asking questions like, “can you get pregnant 3 days after ovulation?”

Sadly, this is pretty unlikely.

While you can conceive by having sex in the days leading up to ovulation, your egg will only remain viable for around 24-hours. It will be too late if you have sex after that 1-day period.

Ovulation Day Symptoms: What Are They and Why Do They Occur?

Beyond tracking your ovulation days, (because let’s be honest; when are technology and our body’s natural responses ever 100% reliable?!), you might wonder if there are other ways to figure out something is going on inside your body.

Well, lucky for you, there are plenty of ovulation symptoms you can cue into!

Some of these you might wish would stay far, far away.

If you’re wondering what you might experience on ovulation day, let’s just say that these symptoms often affect your mind, body, and emotions.

Ovulation Symptoms and Your Mood

Ahhh, our moods – the unlikely scapegoat of our monthly hormone shifts. While most of us realize our periods tend to bring emotions, many women aren’t aware that ovulation symptoms and mood sometimes go hand-in-hand.

In addition to the commonplace irritability and weepiness that you might notice during your period, however, there’s another type of “mood” that faces changes during your ovulatory phase.

Studies show women who are ovulating often experience a heightened interest in having sex. Not such a shabby side effect to have when you’re hoping to get pregnant!

The Effect of Ovulation on Your Body

Aside from a spike in your basal body temperature and a change in your cervical mucus, ovulation day symptoms can also include other physical side effects.

Some of these include:

Ovulation Can Mess With Your Mind, Too

Are you suddenly having a hard time paying attention or absorbing information? That’s what I like to call brain fog, and it happens more regularly during ovulation.

Due to heightened estrogen levels in your system, it’s not unusual to experience ovulation symptoms like feeling sluggish or having trouble concentrating on everyday tasks.

Are There Any Specific Signs Ovulation is Over?

Generally speaking, the best sign that ovulation is over is a decrease in the symptoms you experienced while it was happening. Your cramps will subside, bloating will reduce, and you might lose a little of that extra interest in bedroom activities.

After ovulation, the luteal phase of your menstrual cycle will also begin. This can come with its own symptoms, such as headaches, nausea, and fatigue.

When you’re trying to conceive, figuring out when your fertile window is will be essential. Whether you track your natural ovulation symptoms, use ovulation test kits, or download a popular ovulation tracker app, pinpointing your ovulating days will make the process easier.

So, if you’re hoping to have a baby, pay close attention to what happens to your body during ovulation – fingers crossed you’ll get positive results after your two-week wait!

Do you notice any of these ovulation day symptoms during your monthly cycle? 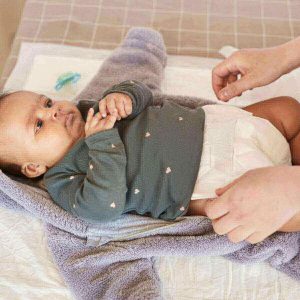 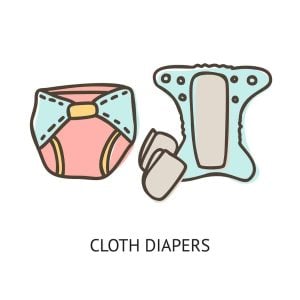 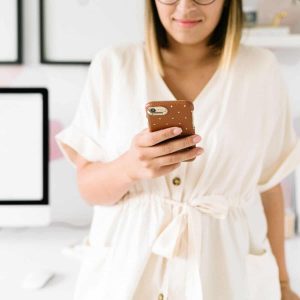 Getting Pregnant with the Best Ovulation Apps of 2022 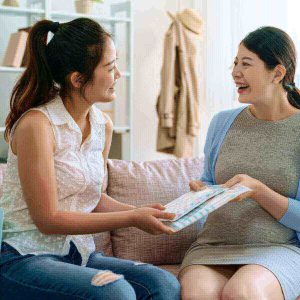 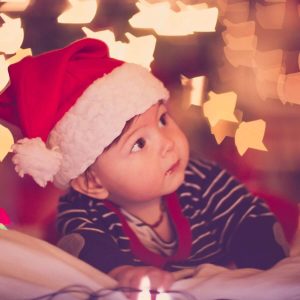 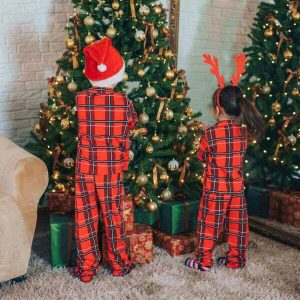 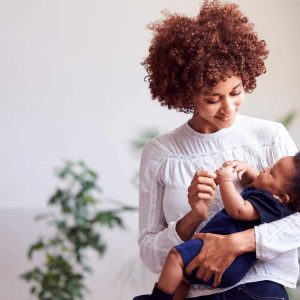 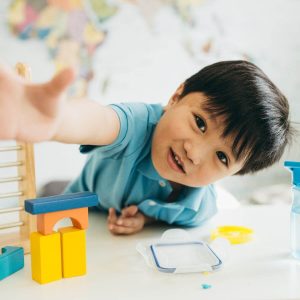