Home » Miscarriage + Loss » What is a Chemical Miscarriage? Signs & What to Expect

What is a Chemical Miscarriage? Signs & What to Expect 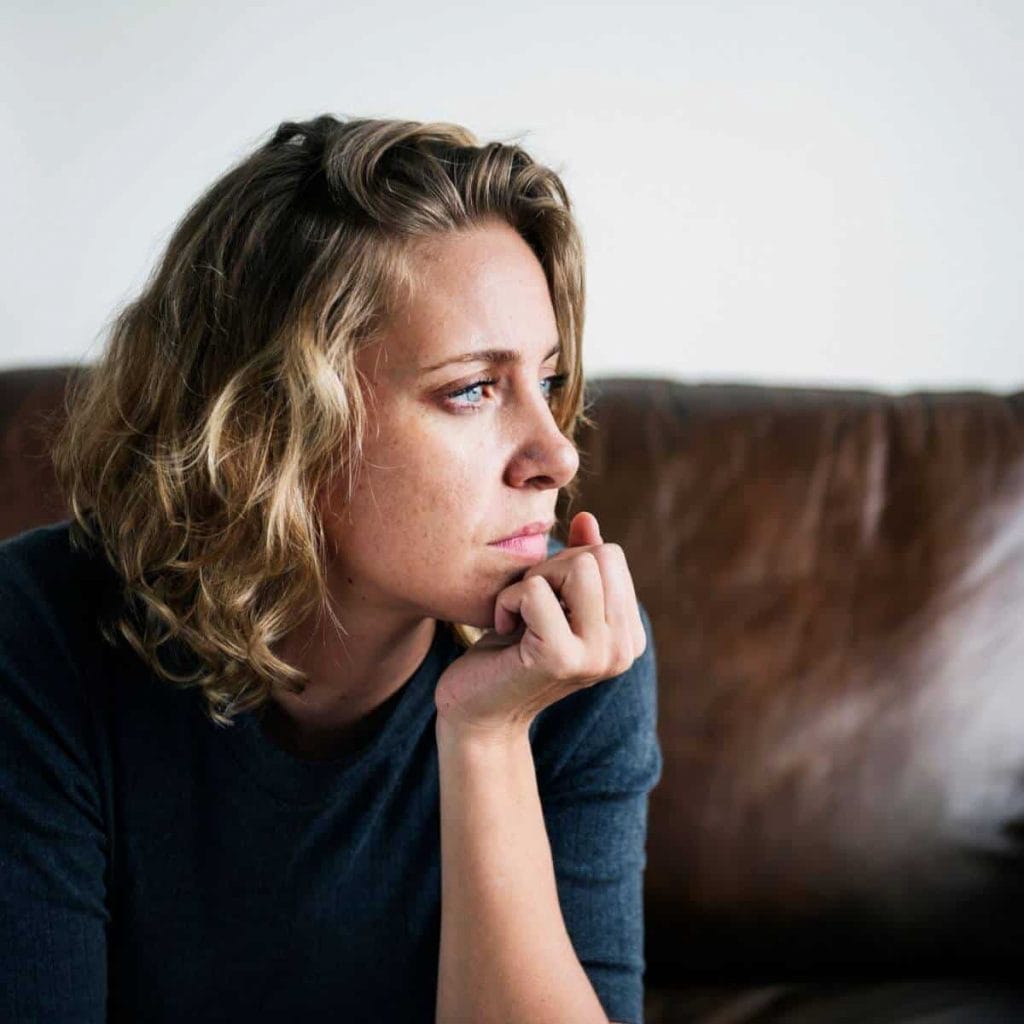 But a chemical pregnancy is a real pregnancy. A sperm and an egg come together and create an embryo that implants into a woman’s uterus. That is pregnancy.

Peanut is working to change the terminology used to describe women’s reproductive bodies, and they recently released #RenamingRevolution: The Motherhood and Fertility Glossary. Under the advisory of healthcare professionals and perinatal mental healthcare professionals, they suggest changing the phrase “chemical pregnancy” to “early pregnancy loss.”

What is a Chemical Pregnancy?

According to The Miscarriage Association, a so-called chemical pregnancy occurs when pregnancy loss occurs just after the embryo implants, before or around 5 weeks.

In my personal experience, many doctors will label a pregnancy “chemical” if it occurs before they see the pregnancy on an ultrasound. Typically, an embryo with a fetal pole (early heartbeat) is visible around the sixth week of pregnancy.

Most women haven’t had their hCG (the pregnancy hormone) levels tested yet at this point, but if you do, most definitions say that a chemical pregnancy is also characterized by “low hCG levels.”

This explanation, of course, is rather vague–I once experienced a loss where my hCG levels were around 1,700 mIU/mL. When I lost the pregnancy 2 days later, it was termed a “chemical pregnancy.”

For reference, the hCG level needed to be detected by a First Response Early Alert pregnancy test (generally known for being the earliest detectable on the market) is roughly 6.3 mIU/mL. This according to a study conducted by the Journal of the American Pharmacists Association.

Will a Chemical Pregnancy Show Positive on a Pregnancy Test?

A chemical pregnancy will show positive on a home pregnancy test. The reason we know about these losses so much more frequently than before is because pregnancy tests have become so sensitive.

[Side note: wondering just how accurate are pregnancy tests? We have you covered there, too!]

Pregnancy tests are able to pick up on a pregnancy so early that, even if it ends a few days into the pregnancy, it’s possible the expecting mother will already know she is pregnant.

Is a Chemical Pregnancy a Miscarriage?

I hope the above example demonstrates that a chemical pregnancy is, indeed, a miscarriage. It is one of many different types of miscarriage, along with miscarriages from chromosomal abnormalities and ectopic pregnancy. While not all doctors classify a chemical loss as a miscarriage, many do.

I encourage you to push for your doctors to count yours, as they’re important for understanding your reproductive capacity should your losses become recurrent.

I have had 2 “chemical pregnancies,” (one of which my doctor called “early embryonic failure”), and both are counted in my medical chart as miscarriages. My first chemical pregnancy was my second loss and is what qualified me for recurrent miscarriage testing.

Now let’s stop sounding clinical for a minute. Are you experiencing an early loss and wanting to know if you’re justified in grieving a miscarriage? The answer, mama, is a RESOUNDING YES!

From the second you see those two lines on a pregnancy test, you begin imagining a future life. It does not matter how quickly that imagined future is taken from you–losing it can be painful. You deserve to grieve your miscarriage if that’s how you feel.

And if you don’t feel grief, that’s okay too. This experience is unique to every individual, and there’s no right or wrong emotion to experience.

Signs of a chemical pregnancy vary among women, but if you think you might be experiencing a chemical miscarriage, the Miscarriage Association lists some signs to look for after having received a positive pregnancy test:

How is a Chemical Pregnancy Diagnosed?

A chemical pregnancy test is diagnosed when a woman who was confirmed to be pregnant (by either an at-home test or blood test) experiences a miscarriage that results in either a negative pregnancy test or declining hCG numbers, which is one way doctors are able to confirm a miscarriage.

Is There Any Way to Know If It’s a Chemical Pregnancy at Home?

But until your pregnancy tests start showing negative readings (which can take a while, depending on your hCG levels at the time of your loss), you cannot confirm the loss at home.

To confirm sooner, ask your doctor to monitor your hCG levels to see if they’re decreasing. This is especially important if you want to push for your doctor to count this pregnancy as a loss in the case of recurrent pregnancy loss.

What To Expect When Miscarrying a Chemical Pregnancy

Many people will tell you that miscarrying a chemical pregnancy is much like a heavy period, and for many women, this is true.

But again, it depends on how early the loss occurs.

Many women wonder if they’re experiencing a miscarriage or period because of the similarities. But even a few extra days of pregnancy can make the loss feel much less like a period than you may be accustomed to.

You may notice more blood clots or flesh-like pieces when you bleed, and cramping may be more intense than a typical period.

How Long Does a Chemical Miscarriage Last?

The time it takes to complete an early miscarriage varies. For many women, bleeding will last about as long as their typical menstrual cycle.

For others, the loss might come in phases. My first chemical pregnancy began with strong cramping and a gush of blood. Then everything settled for a week. However, the cramping and bleeding returned a week later, at which point my body completed the miscarriage.

My second chemical miscarriage was much more like a normal period, though. The cramping and bleeding were more intense. But, I was able to manage without even over-the-counter pain medication, and the bleeding lasted about 4 days.

When to Worry and Call Your Doctor

Please feel free to call your doctor anytime you have questions or concerns. If you suspect a chemical pregnancy and want in on record, call for an hCG draw.

If you’re worried about your own health and safety, always contact your doctor. And please, go to the Emergency Room if you bleed through more than one pad per hour.

Can You Have Success After Recurrent Chemical Pregnancies?

Experiencing repeated chemical pregnancies can be extremely disheartening, but it is possible to carry successfully after recurrent pregnancy loss. Here’s my story of success after recurrent miscarriage.

Many women are able to carry successfully without any medical intervention, despite recurrent losses. Still, I personally would push for testing after two losses.

If your losses are regularly “chemical,” your doctor may want to check your progesterone levels. And, they will likely check your endometrium lining (the lining of your uterus). Consult your doctor to know exactly what is recommended for your circumstances.

And don’t be afraid to advocate for yourself. If your doctor refuses testing, get a second opinion if possible.

There are also ways to perform certain tests at home, which might help you advocate for yourself if needed.

Proov tests can help you determine whether your progesterone levels need to be checked. I know many women who’ve used results from these tests to advocate for progesterone supplementation during future pregnancies.

Some other possible causes of recurrent miscarriage can be tested through Everlywell, including testing your thyroid function and taking their Vitamin D & Inflammation kit.

If you worry that egg quality may be an issue, you can learn more about your ovarian reserve using Modern Fertility’s at-home hormone testing. I’ve seen many women take these results to their doctors to advocate for further investigation into their losses.

Have you experienced a chemical pregnancy? Tell us about it in the comments! 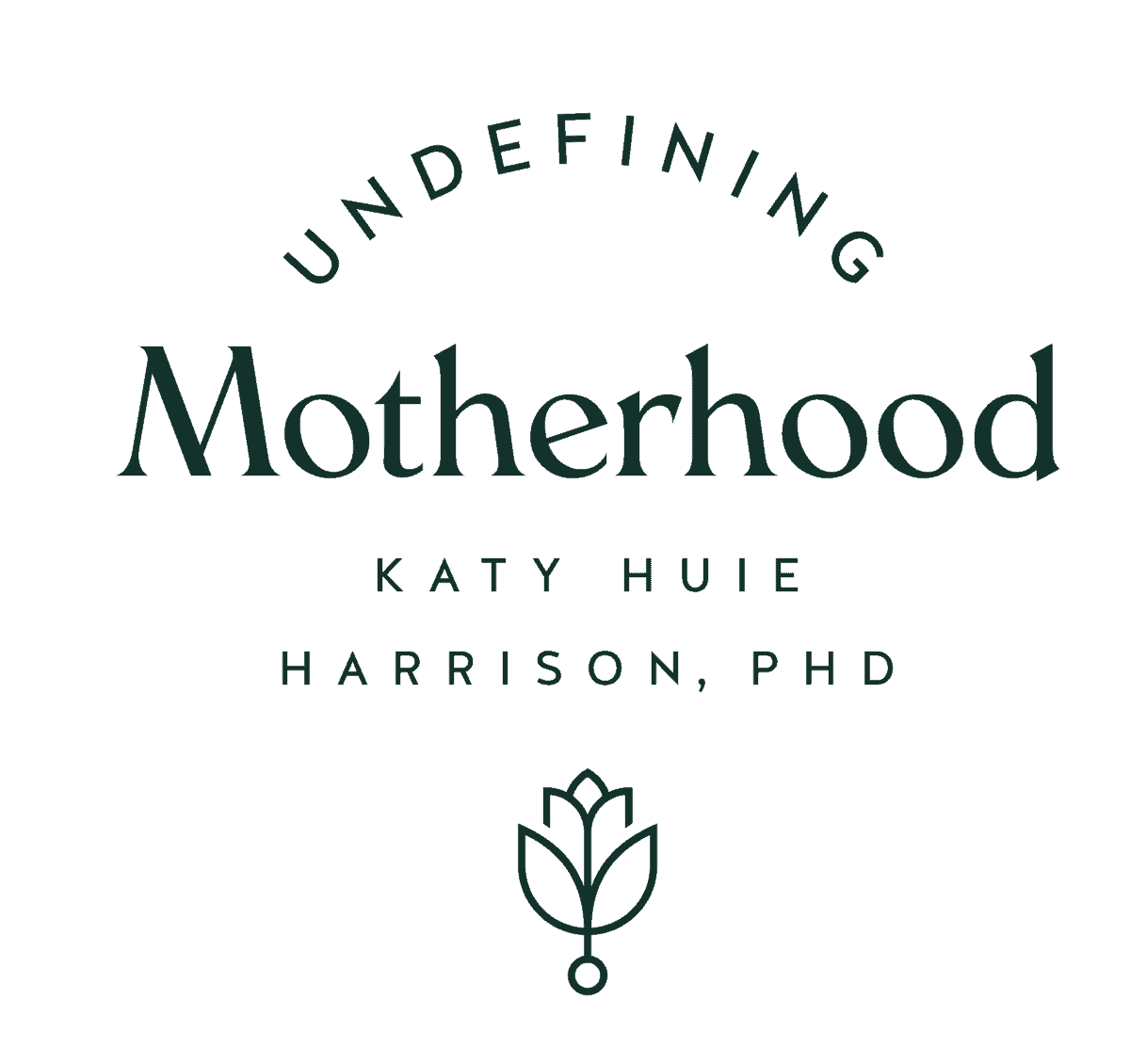 Miscarriage or Period: How To Tell the Difference

Early Signs of Miscarriage: When to Worry and When to Stay Calm

What to Say to a Parent who Lost a Child

Join our curious, caring, and open-minded community of 1 million. 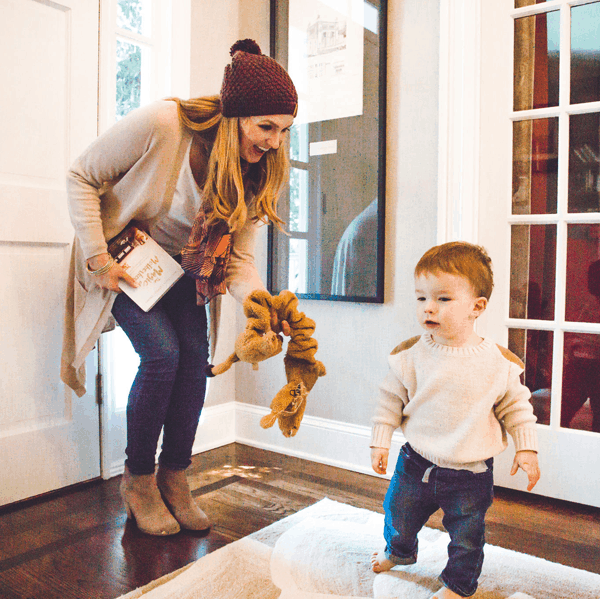 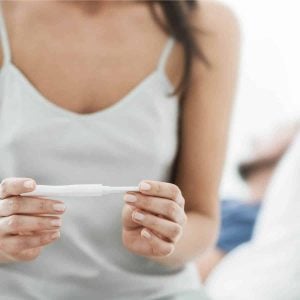 Find out what to expect trying to conceive & during pregnancy after miscarriage. 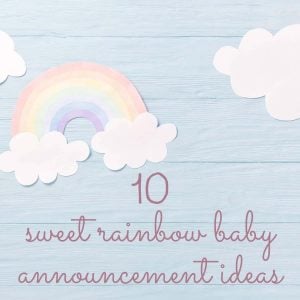 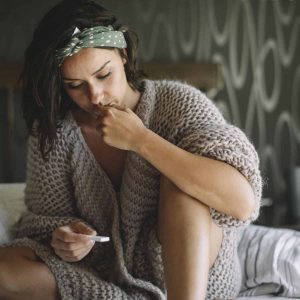 Miscarriage or Period: How To Tell the Difference 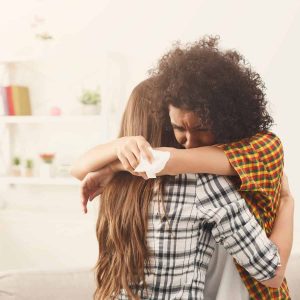 Early Signs of Miscarriage: When to Worry and When to Stay Calm 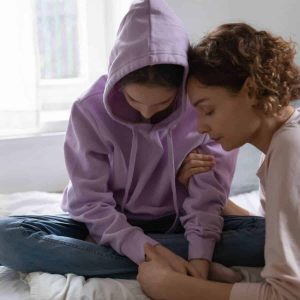 What to Say to a Parent who Lost a Child

Get exclusive community updates in your inbox by joining our newsletter:

This website contains medical information. Every effort has been made to ensure that the content provided herein is accurate, up-to-date, and helpful to the reader at the time of publishing.

However, this website is not intended to replace medical care or treat any conditions. We encourage anyone to seek help from a qualified medical professional where issues deem it necessary.

No liability is assumed. The reader is considered responsible for your choices, actions, and results undertaken after reading work on Undefining Motherhood.