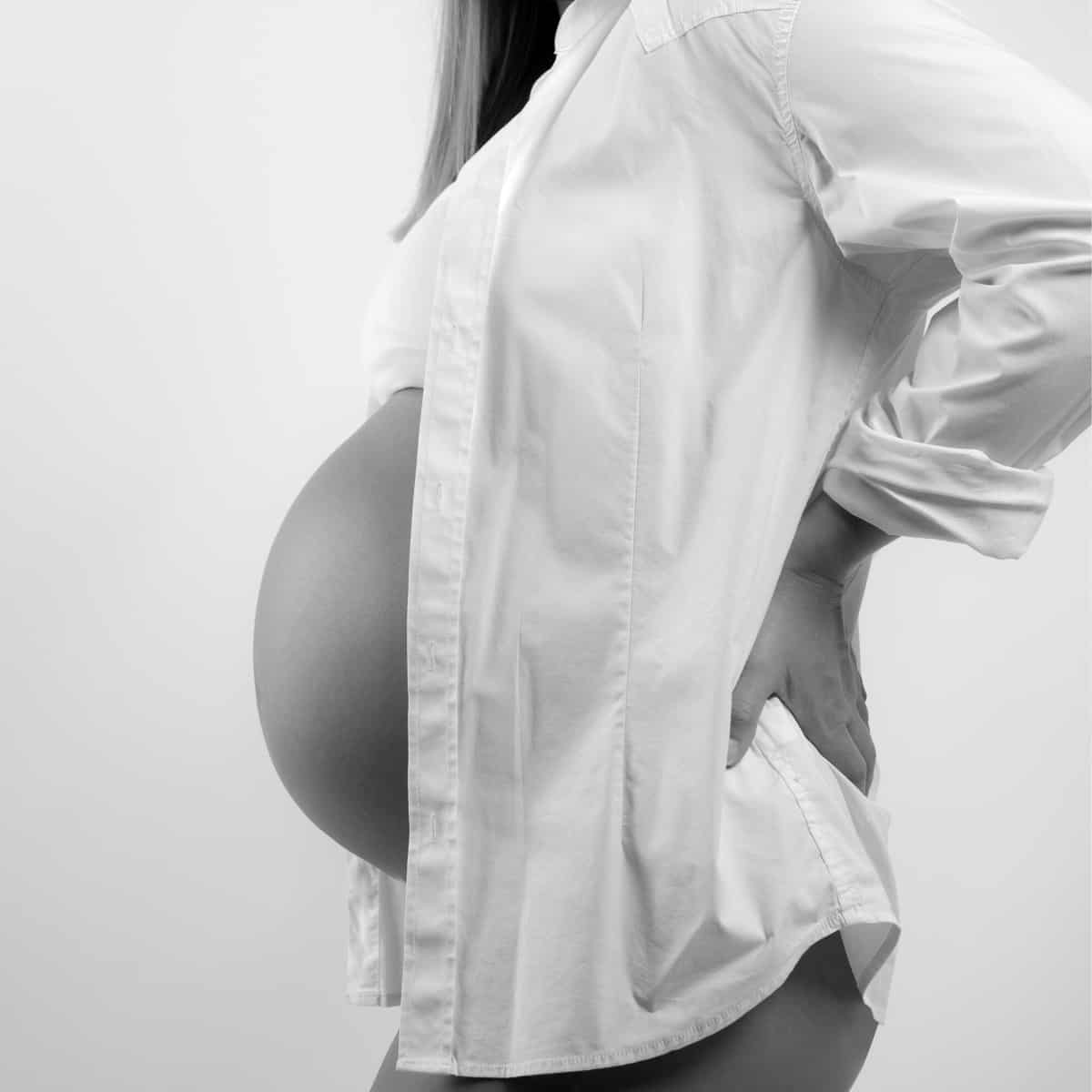 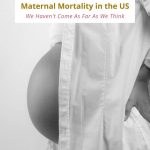 What is maternal mortality? The CDC defines “pregnancy related deaths,” often referred to as “maternal mortality,” as “the death of a woman while pregnant or within 1 year of the end of a pregnancy.” And it’s terrifying to realize that maternal mortality rates have been steadily increasing in the United States. Undefining Motherhood is, in a way, all about women’s health–we’ve talked about important pregnancy-related issues like patient empowerment and hyperemesis, in addition to our focus on pregnancy loss and mental health. Because of this focus, we feel it’s only right that we address the rising incidence of maternal mortality in the US and start spreading awareness about postpartum care.

Maternal Mortality in the US

To put that into perspective, that’s more than twice the number of maternal deaths in the US from 2001, when 10.3 of every 100,000 live births resulted in maternal death.

Aisha, who wrote for us about her own high risk pregnancy and the importance of patient empowerment for African American women, told us some astounding statistics regarding the racial disparity in maternal death rates:

“African American women are 3-4 more times as likely to die from pregnancy complications of white women.”

Let’s take a look at this disturbing graph, just to wrap our minds around the racial disparities at play here.

What are the leading causes of maternal mortality in the United States?

According to the CDC, the known leading causes of maternal mortality in the US fall under major umbrellas such as “cardiovascular issues.” The leading specific causes are as follows:

Find the full list, and chart that breaks down the data, through the CDC’s Pregnancy Mortality Surveillance System.

As we have noted, maternal mortality rates vary across many different lines: race/ethnicity, income level, level of education, and more.

What state has the highest maternal mortality rate?

This is a common question because women wonder what their chance is of becoming a victim to death from pregnancy or childbirth-related complications.

This specific information is hard to distill from the most reputable sources (like the CDC), but there is information out there.

According to US News and World Report, the highest maternal mortality rates in the US occur in Georgia, Louisiana, Indiana, New Jersey, and Arkansas.

There’s an essential caveat to remember here, though. There are numerous factors that contribute to an individual’s risk of death from pregnancy or childbirth-related causes. These factors include:

I’ll use myself as an example to explain how all of this works, and to show how complicated it all is. Also note that I’m sure I’m leaving factors out because these situations are so nuanced, so feel free to point them out for me, but please forgive me for any omissions.

So, although I live in the state with the highest maternal mortality rate (Georgia), my personal risk is relatively low. I’ll outline my risk factors, as described above, as an example.

Race/ethnicity: As a white woman, my risk of maternal mortality is drastically lower than my African American and Native American counterparts.

Geographical location (physical location, but also rural, urban, or suburban): I gave birth in Atlanta, in an urban/suburban hospital that births more babies than any other in the country (and thus is extremely well-versed in emergency situations). The location where I give birth drastically decreases my risk of complications turning fatal. Someone in a moral rural hospital could have the same complications as me, but not have the same care readily available.

Income level: Yes, it’s absurd that this is a factor. We all deserve safe healthcare. Alas, the fact that I have decent insurance and the ability to pay whatever hospital bills thrown my way DOES increase the level of care I receive. And, thus, it decreases my maternal mortality risk. My income level also gives me access to good prenatal care and to prenatal education classes, both of which decrease my maternal mortality risk.

Education level: With a PhD, albeit in English, I’m well-versed in both research and argumentation. As such, I have more access to information and a better ability to advocate for myself as a patient. My concerns are also more likely to be taken seriously by my medical care team.

Maternal health history: I have a history of preeclampsia, which can be fatal to both mother and baby. If I ever have another child, I’ll be monitored closely because of this history, but it increases my risk of maternal mortality.

There are always outliers, and death due to childbirth-related complications are always possible. On the whole, though, my risk is lower because of various privileges, including my race, geographical location, income level, education level, and more.

This is the unfortunate truth of the matter: white, educated, and economically stable women who live near areas with good healthcare are less likely to die during childbirth.

What we need to focus, on then, is:

The Greatest Risk Factors Are Race and Geographical Location

And clearly, I don’t mean the state where you live.

As we saw in the chart from the CDC earlier in this article, women who are black or Native American are significantly more likely to die in childbirth than I am.

To further complicate matters, women living in rural areas are nearly twice as likely to die in childbirth than those living in suburban or urban areas, according to the Safe Birth Project.

And all this, despite a 44% global reduction in maternal deaths (shown in the image above), during the same period of time when US rates have doubled.

The US is the only developed country in the world whose maternal mortality rates are sharply rising.

What Is Causing Maternal Mortality Rates in the US to Rise?

How is it possible that one of the wealthiest countries in the world has heftily increasing maternal mortality rates?

Specifically, the story discusses the ways in which hospitals fail to appropriately monitor and respond to the emergencies postpartum women face.

This poor patient care, USA Today claims, is leading to a rise in postpartum complications and, in turn, maternal mortality.

I was stunned when I first saw this article in July of 2018.

Not because I thought we’d come further, but because I couldn’t believe it had taken this long for this story to come out.

I know this story. This story has been repeating itself for centuries.

It’s the story of women’s voices being silenced when they talk about their own bodies.

It’s the story of maternal healthcare noticeably declining the moment the baby is born.

It’s the story of massive inequality based on factors like race, financial status, and geographical and financial access to healthcare.

Why Talk About Maternal Mortality in the US?

That’s why I’m talking about it.

A History of Maternal Mortality

Here are some things you may or may not know about me. I am a former academic and forever researcher. I studied the maternal body in Victorian England in detail for a decade. That means I know a lot about the history of maternal mortality, and what I don’t know, I can certainly research effectively.

It’s harder to get these numbers from the US in the nineteenth century, as slavery was still rampant, we went through a Civil War, and records do not properly account for the death rates of black, especially enslaved women during this time.

But we have relatively reliable numbers from Victorian England, where the maternal mortality rate (MMR) was about 5 out of every 1,000 live births. Essentially, you had about a .5% chance of dying in childbirth as a Victorian woman.

How does this compare to maternal mortality in the US today?

So at least we’re better off than the Victorians, I guess?

So how far have we come?

Statistically, we’ve come a long way in the past 200 years.

And yet, the recent backsliding of the past 40 years indicates that distinct possibility of an even further increase in maternal mortality rates in the US.

Here’s where the scary part starts: that number has more than doubled since the late 80s/early 90s.

In other words, the average 30-year-old giving birth today is twice as likely to die from pregnancy or childbirth-related complications than her mother was.

And even if our current rates remain stagnant, we’re losing far too many lives.

From the Victorian era, we’ve made some serious strides. But we’re backsliding, failing rural women, and seriously failing women of color.

We must find a way to do better. Meanwhile, I’d love to hear about your experiences and ideas about what we can do to save women’s lives.

How do you think we can better work to decrease rates of maternal mortality in the US?

5 thoughts on “Maternal Mortality in the US: We Haven’t Come As Far As We Think”

Is It Normal to Not Be Happy After Giving Birth? 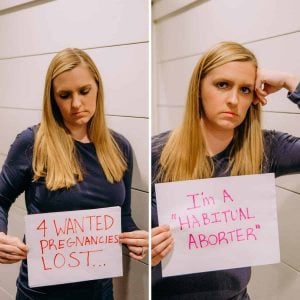 The Medical Term for Miscarriage Is Abortion: Here’s Why That’s a Problem 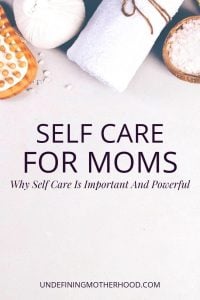 Self Care For Moms: Why Self Care Is Important And Powerful 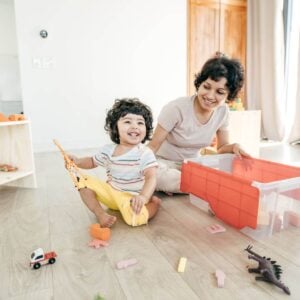