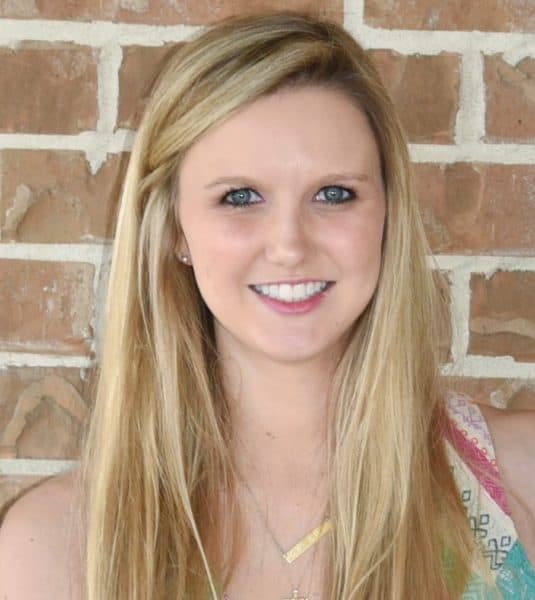 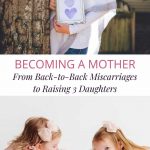 This week, in honor of Pregnancy and Infant Loss Awareness Month, we’re going to hear from my friend Whitney, who graciously shared her heart for this post. She experienced 2 miscarriages before birthing her 3 beautiful daughters, and I’m honored to be able to share her story with you. I think there’s a lot we can learn from her story, so there are a few things I feel I must say as an introduction to this post.

1. Let Us Not Compare Our Grief

When Whitney first sent me her story, she made a confession:

“When writing this, I get conflicting feelings. I feel I came out on top. I don’t have as bad of an experience as many people, and that makes me feel as if my story isn’t as important because I didn’t go through as much struggle as many.”

Stories like Whitney’s are especially important because they share both sorrow and eventual joy. When grieving mothers search for miscarriage support groups, they almost exclusively find stories from moms who are living through the process. Many do not have living children, or have not been able to have additional children as they’ve wanted.

Why? Because the “success stories” aren’t around anymore. They got busy, started using new search terms, and algorithms eventually moved miscarriage inquiries way down in their newsfeeds.

We don’t mean to disappear from support communities when we finally have living children, but we do. As a result, support spaces often look very different from statistics. When you’re in a support group, it can feel like no one with a history of recurrent miscarriage ever carries a pregnancy to term, despite the fact that 70% of women with a history of recurrent miscarriage can eventually go on to have a healthy child without any medical intervention. At this time in their lives, when I hope women will find Undefining Motherhood as part of their support network, they need to see that there is hope. Whitney’s story is one of hope.

People say a lot of things that minimize the emotional toll miscarriage takes on a woman. Among them is “At least you weren’t too far along.” For Whitney, there was also the “At least you’re young” (she was in her late 20s at the time). I’ll let you read her story to see some of the things people said and I’ll refrain from commenting.

But please know, when she says she didn’t tell anyone about her first successful pregnancy, she means it. I love this woman. She was one of my very closest friends in college. We were part of each other’s weddings.

And I found out about her first child through a Facebook post AFTER she was already born. I was shocked, and admittedly, a little hurt. But then I learned that it wasn’t just me she hadn’t told; she had barely told anyone because she truly didn’t trust she’d bring that baby home. It was as if telling people might jinx it. I know that feeling all too well now.

This massive anxiety, deep enough to keep her from telling even people who love her most about her pregnancy, developed even though her other losses had been early. Even though she was young and healthy. Because when it comes to the psychological trauma of miscarriage, none of those things matter.

She went to the hospital to deliver a baby and still hadn’t told some of her closest friends she was pregnant. That’s the psychological toll the miscarriage process can take. That’s why all stories matter.

I found out I was pregnant a week before my first anniversary. My husband was traveling back and forth 4 hours away for an internship, so I broke the news to him on the phone. We cried. We were happy, but scared, as this was completely unexpected.

Fast forward a week. On your first anniversary, you should be tasting the freezer burned topper of your wedding cake.

I called the doctor the next day. I spent two hours in a waiting room full of pregnant women, a particularly horrific sight when you’re experiencing the trauma of miscarriage, only to hear the news I already knew. My test came back negative.

I wasn’t very far along when it happened and could try again soon. I was young. These things are true, but they are also things people tell you to make you feel better. It doesn’t work.

I went to work later that afternoon–in home health pediatrics. It was hard to look into the faces of these little children and wonder what could have been.

“In nine months, I could have had one of you, but now it’s gone.”

I only told 2 people about this experience at the time.

I felt like a failure; I didn’t want anyone to know my secret.

How could I tell someone who didn’t understand what I was going through?

2 months later, I was pregnant again.

My husband said he had a good feeling about this one. It was going to be sticky.

But I remember that I never felt pregnant. We flew to Virginia from Texas for Thanksgiving. I was only 8 weeks along and had not told my family about my pregnancy. I wasn’t ready yet. The day after Thanksgiving, I woke up from bed and ran to the bathroom with the worst cramps I had ever felt and a sinking feeling in my stomach. I knew what was happening.

Maybe it was the shock of what was happening because my blood loss was not excessive, but I passed out on the bathroom floor. Once I was coherent, I was weak and barely able to stand.

I knew the trauma of visiting an ER during miscarriage, and I didn’t want to go through it again. My husband rescheduled our return flight so I could visit a stand-alone emergency room at home. I lied to my family about our reason for leaving early. When we got home to Texas, my in-laws, who knew what was happening, picked us up from the airport. In tow with them were my husband’s four young cousins.

I was angry. The last thing I wanted was to see kids.

This is something many people don’t realize. Miscarriage doesn’t take away your ability to love kids, but it can make it extremely difficult to be around them. They bring up so many emotions, and they don’t even know it.

I went straight to an urgent care clinic, who confirmed that I had miscarried.

My father-in-law told my husband we weren’t mature enough to have kids at that time anyways and we needed to wait.

Fertility Testing and a Baby

Despite actively trying not to get conceive during fertility testing, I found myself pregnant anyway. I called my mom crying. I could not go through another miscarriage.

I waited a week before telling my husband. When you are pregnant after a miscarriage, the pregnancy is, just, different. I wasn’t happy about being pregnant. I was scared. With every little pain, I felt certain I was miscarrying. I prayed constantly throughout the day. I looked up prayers to saints related to miscarriage. In fact, my oldest daughter’s middle name is after one of these saints.

Falling pregnant during testing led to a discovery: I had a short luteal phase, which meant I wasn’t producing enough progesterone to grow an embryo. My doctor put me on progesterone, and this pregnancy progressed.

Still, I didn’t tell anyone but my mom and husband. When I was 25 weeks, a full week past the point of “viability,” I told my dad and my work. A mere 2 months before my due date, I finally told my inlaws and friends who lived near me.

There was no cute Facebook announcement. That was too risky.

The fact that this pregnancy was successful felt too good to be true. I was certain something bad was going to happen during delivery. I didn’t want to tell anyone our “good news,” just to have to tell them it didn’t work out.

Even giving birth did not eliminate my fears. I couldn’t sleep and was terrified of SIDS. I believed something was supposed to go wrong. My marriage almost dissolved. I got down to 90 pounds, and looking back, I am certain I had postpartum depression (PPD).

I now have three daughters ages 4, 2, and 2 months. I wish I could say that I was able to relax more during subsequent pregnancies. Instead, I was certain that something was going to go wrong. With my two younger daughters, I had told only my mom first, so I stuck with this routine for all of them. I wanted my routine to be consistent. Superstition, you know. Don’t venture from the path that worked once; it might be what works again.

I said my saint prayers and waited later to tell anyone else. I announced my second daughter during the third trimester, and my third daughter at 24 weeks (the point of viability).

Now, my life is a wonderful mess of dolls, dresses, makeup, and rainbows (and tantrums, girl fights, and stubborn, sassy talk). As I write, my youngest is currently asleep on the couch and my older two are running around singing “Let It Go.” Thanks, ABC, for deciding to show Frozen during children’s bedtimes.

I would not trade these girls for anything. I don’t mourn what could have been because I know my “now.” But even still, despite being thankful that my life and children are just what they are, my anniversary and Thanksgiving will always be bittersweet.

5 thoughts on “Whitney’s Journey: From Back-to-Back Miscarriages to Raising 3 Daughters” 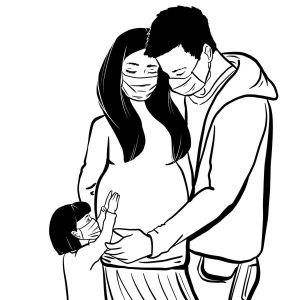 What You Need To Know About Pregnancy During COVID-19 Pandemic 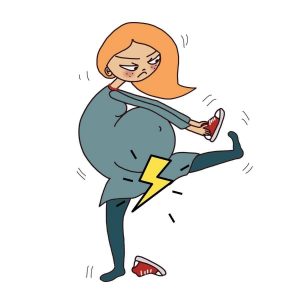 Lightning Crotch Pain: What It Is + How to Treat It 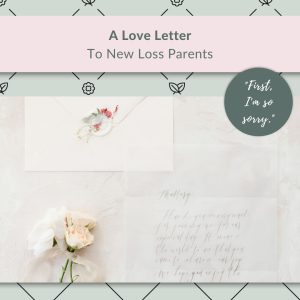